Firing Or Discriminating Against An Employee For Filing Bankruptcy: Is Bankruptcy Discrimination Illegal In Utah?
If discrimination against bankruptcy must have been around since the dawn of time, but this is not actually true, contact our experienced Chapter 7 bankruptcy attorney in Salt Lake City at Justin M. Myers, Attorney-at-Law, LLC. 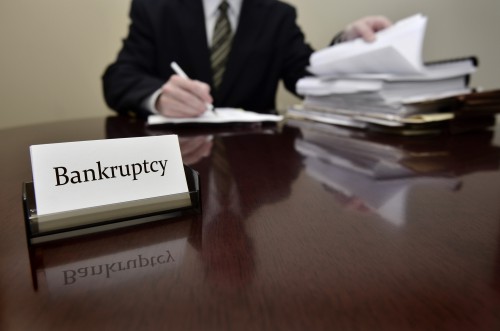 Is it illegal for Utah employers to fire, discriminate or retaliate against employees for being bankruptcy debtors, being insolvent before or during the case, or failing to pay a debt that was discharged in bankruptcy?

This is the question our Salt Lake City Chapter 7 bankruptcy attorney from Justin M. Myers, Attorney-at-Law, LLC, receives more time than we can count. You may be surprised how many employers in Utah and all across the United States terminate a debtor’s employment or engage in other forms of discriminatory behavior solely because their worker filed bankruptcy.

But is it legal to do so? According to federal law in the U.S., it’s not. Federal laws prohibit both governmental and private employers from discriminating against their employees who become bankruptcy debtors. Discriminatory treatment of debtors is prohibited across all fifty states, as bankruptcy proceedings occur in federal bankruptcy courts.

Bankruptcy discrimination banned across the U.S. for nearly half a century

“It may seem as if discrimination against bankruptcy must have been around since the dawn of time, but this is not actually true,” says our experienced Chapter 7 bankruptcy attorney in Salt Lake City. In fact, back in 1971, the U.S. Congress decided to ban government and private employer from discriminating or retaliating against their employees on the basis of bankruptcy, following a case called Perez v. Campbell.

In that case, which was heard by the U.S. Supreme Court nearly 50 years ago, the plaintiff successfully argued that a state could not deny a debtor a driver’s license solely because of an unpaid court judgment that had been previously discharged in bankruptcy.

Federal law protections for debtors do not end there just yet. Under U.S. law, governmental employers and the government as a whole is prohibited from discriminating against a debtor and anyone associated with him or her. Typically, this protection extends to the debtor’s family members and business partners.

Private employers discriminating on the basis of bankruptcy

Some of the most common types of bankruptcy discrimination by private employers that is illegal under federal law include but are not limited to:

Similarly to bankruptcy discrimination protections for governmental employees, the same protection for associates and family members of the debtor apply to those working for private employees, too. There is nothing worse than being discriminated against.

Being discriminated against for your inability to pay a debt or for simply filing bankruptcy is even worse. We understand your frustration. Let us help you recognize signs of bankruptcy discrimination in your particular case. Schedule a free consultation with our Salt Lake City Chapter 7 bankruptcy attorney from Justin M. Myers, Attorney-at-Law, LLC. Call our offices at 1-801-505-9679.